Product Management Failure: How To Ignore Complex Systems at Your Own Peril 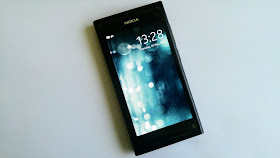 
This is a parable, a terrible tale of myopic vision and how the paucity of understanding complex systems and their behaviour led to a high-visibility product management disaster and product failure. The ensuing fallout and consequences for users, both then and now, are lessons that should be heeded as a case study for Product Managers everywhere, both in the B2B and B2C space.

I write this in hindsight, having been both an observer and a committed user of this OEM's product at the time. Thus, while I do try to remain objective, there is an element of bias born out of affection but also the deep pain and frustration of being let down as a customer.

A long-time Nokia user and deeply immersed in the open source world of all things Linux (particularly the desktop and embedded spaces), I had bought my first Linux-based Nokia smartphone, the N900 [1]. It ran the Maemo 5 Linux-based OS, which in turn drew heavily from other open-source software projects such as Debian GNU/Linux and the GNOME project for its GUI, libraries and application frameworks. I was excited to finally have a phone that ran an open-source OS that I could delve into, understand and tinker with. I was excited by the apps that Nokia had released and was planning to send down the pipeline. More than anything, I was looking forward to a bright and free future where I could apply my technical skill sets, learn and contribute to a cause that mattered to me.

The news over the prior few months that Nokia was planning to release an even more advanced smartphone to fight Apple's iPhone had caused great anticipation. The specs and initial images of the N9 [2-4], the official flagship that would leave Nokia's older, closed-source Symbian OS and launch with the MeeGo OS were tantalizing. The official announcement at the Nokia Connection event in Singapore in June 2011, with planned release for September 2011 was followed very closely. Initial reviews were promising indeed [6].
But along the way came news that caused the familiar sinking feeling in the pit of the stomach. Still facing the effects of the disruption to its business that had been brought on by the iPhone 2G in 2007, Nokia was late to the party of the new smartphone paradigm and feeling the effects in revenue and the bottom line. It announced in February 2011 that it was partnering with Microsoft to use Windows Phone 7 as the flagship OS for their phones going forward (the Nokia Lumia series), sidelining the MeeGo-based series of devices. Nokia's CEO, Stephen Elop, promised that only one MeeGo device, the N9, would still go ahead and be launched that year.
The reaction from Nokia's user base (including myself) was predictable: "how could you??". Wikipedia's entry on the history of the N9 notes regarding the Nokia fanbase:

"They responded by creating a petition "We want Nokia to keep MeeGo"". [2]

I felt quite disappointed with the move - I could not see myself being a Windows phone user, given my commitment and love for the Linux and OSS world as my computing platform of choice.

Nonetheless, it is the rest of the story that is the focus of this post. Nokia went ahead and released the N9. It commanded high prices both factory direct and in the reseller market as the last of Nokia's original and "genuine" offerings. A few months after release, occasional glitches in the N9's software platform caused Nokia to release an update to the N9's MeeGo "Harmattan" platform. The Nokia OVI Store was still operating, so software updates and product support was still expected to be available for the phone's lifetime.
I saved up all my extra money, and later bought a black N9 with 64 GB of onboard storage. That's when things began to unravel, causing the product failure and ensuing product management disaster. As Wikipedia continued to note in its entry:

"That was even more severe as MeeGo Linux was also a form of continuation of Maemo Linux, which was established with combining Nokia's Maemo with Intel's Moblin, in frames of Nokia and Intel alliance created for purposes of such cooperation. Despite the success of the alliance, it was broken and MeeGo canceled by Stephen Elop's decision. Intel officially expressed regrets because of this situation. After the N9's positive reception and generally weak sales of its Lumia range, Elop was criticised for this move, which has been said by some to have contributed to the company's demise in the smartphone market." [2]

As Nokia continued to flounder with the move to Windows Phone and the Lumia series, support and updates to the N9 line diminished and finally stopped. Users realized that the writing was on the wall and the inevitable had happened - they were now stuck with a unsupported, failed product. Realizing that they were now on their own, those that still wanted to keep their phones operational and had the capability decided to form their own support network. Websites were established. Blog posts were written, offering detailed walkthroughs on how to flash the phone should a malfunction occur. One enterprising user in particular developed his own version of the Nokia firmware update tool and posted it online, offering downloads in exchange for donations and financial support [7-8].
Experiencing software glitches when I reset my N9, I too had to scramble, downloading the NaviFirm tool, and Harmattan firmware images for the N9 along with detailed instructions. The community thought that we could weather the storm together, keep our phones and use them for a long time as we had with our older Nokia units in times past.

But even that was not to be. Second order effects in the system that had begun years earlier now began to cascade and take their toll.

All of Nokia's support software for their phones up to that point had been written for and ran on WindowXP, the dominant and commonly used desktop OS at the time. This included the NaviFirm+ software that I just alluded to. Then in 2005, Microsoft began ending support for Windows XP installations that did not have a Service Pack. Wikipedia's article on Windows XP summarizes it neatly:

"Windows XP Service Packs 1 and 1a were retired on October 10, 2006, and Service Pack 2 reached end of support on July 13, 2010, almost six years after its general availability. The company stopped general licensing of Windows XP to OEMs and terminated retail sales of the operating system on June 30, 2008...On April 14, 2009, Windows XP exited mainstream support and entered the extended support phase; Microsoft continued to provide security updates every month for Windows XP, however, free technical support, warranty claims, and design changes were no longer being offered."

This caused major problems for existing Nokia users at the time, including new N9 users trying to keep their phones supported. The support software sometimes did not migrate well to Windows Vista, which itself was a disaster. There was some hope that it could be made to work on Windows 7, but even that began to have problems. The only way for those moving to newer versions of Windows was to keep an old installation of XP with Nokia's support software installed, running within a Virtual Machine. That was also the only viable solution for Linux users such as myself.

But even then, that could only work for so long. Eventually, even the community support for MeeGo and the N9 began to fail. Members of the MeeGo team within Nokia left to form their own group to continue their work, which became the Jolla Sailfish OS. A port was made for the N9, but support fell off after that. Jolla now supports its Sailfish OS on Sony Xperia devices.

The N9 fell by the wayside, and heartbroken as users were, those like myself had to swallow the bitter pill and migrate to a more contemporary OS - either iOS or Android. I myself bought a Nexus 4, my first Android smartphone. I later migrated to a Nexus 5, and currently an LG.

This whole sorry episode illustrates the consequences of myopia in vision and situational awareness. Lack of understanding in how complex systems behave and interact in phase space can have catastrophic consequences. In this case, this was in the product management domain.
I still longed for Nokia to return to its roots and resurrect its faithful following. Sadly, that does not seem to have happened so far. Nokia never recovered from the disastrous decision to abandon MeeGo and partner with Microsoft. The Lumia line was a failure and eventually sold off by Microsoft. The entire sad and sorry chapter in Nokia's saga is chronicled in detail in the brilliant BBC documentary, "The Rise and Fall of Nokia". Nokia now offers smartphones that look like the rest of the competition, also running Android and fighting the competition over the scraps with faster processors, more memory and camera functionality.

I found hope again with Canonical's crowdfunding effort in 2013 for an Ubuntu Phone running the Ubuntu Touch OS, and although that was abandoned, The UBports Foundation took up the cause with the resurrected Ubuntu Touch OS. I rooted my Nexus 5, flashed the defunct Android "Lollipop" and installed Ubuntu Touch. I joined UBports' efforts to move this forward, contributing to testing and development from a product management perspective. The rest has been chronicled in earlier posts.
I hope this has been useful, and serves as a cautionary warning to those in the PM space.

See you in the next post!
The Sage (湯馬士 凱文)
Multidisciplinary, award-winning and intrepid Systems Engineer with business & sales acumen. Skilled systems thinker and problem solver. Achieves win-win solutions and value for all stakeholders.
Interested in applying my skill set to deliver value at the intersection of technology and business.